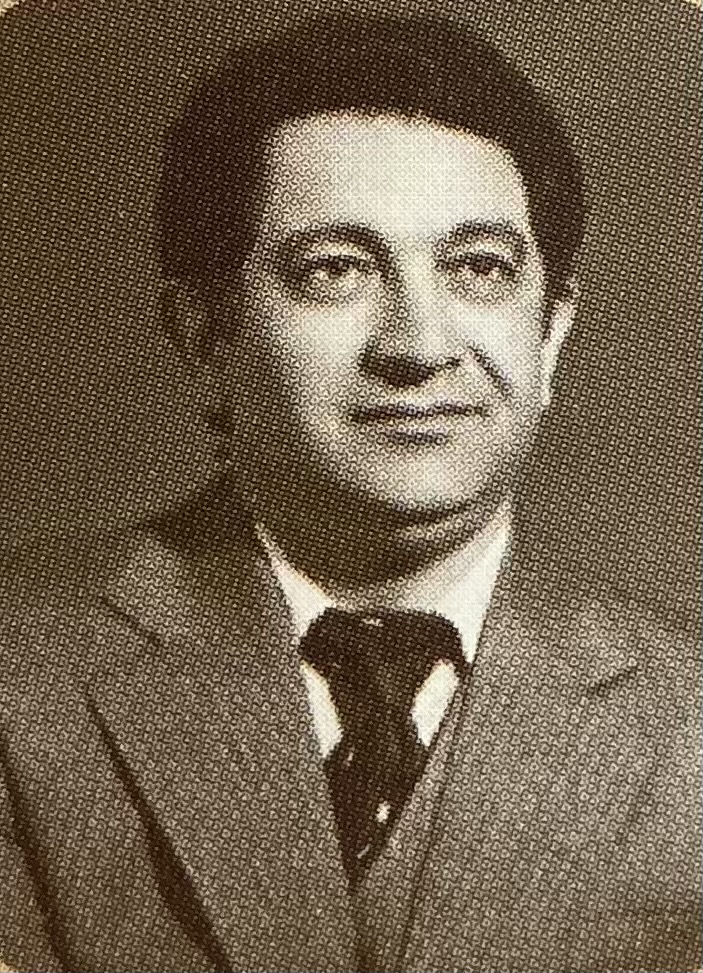 Doctor of economic sciences (1977)
Professor (1979)
One of the brightest representatives of the family Asad Dilbazi was also a prominent scientist of his epoch. He made a significant contribution to the study of social-economic and cultural-domestic problems of the Azerbaijani people which was highly appraised by such leading academic economists of the country as academician Asef Nadirov and Tofik Guliev. According to them, among the university staff Asad Dilbazi was distinguished by his personal qualities and integrative knowledge, deep inner culture, spacious mind and good organizational skills.
Few people know that in the young years Asad Dilbazi had gone through many hardships. His father Kamil aga Asad aga oglu Dilbazia former bek and an influential person among the peasants was arrested in the course of the operation aimed at disarming the peasants of the Gazakh district in February 1931.He was found guilty of being an antisoviet person and enemy of the soviet power. The sentence of the “three” was as follows: “To be exiled with the family to Kazakhstan for 5 years,the property to be confiscated”. Kamil aga and his little daughter Samaya died in the exile. The elder son Agalar and the younger one Asad returned to the Motherland with their mother Govhar khanum. They did not go to Khanlyglar and settled down in Gazakh. But the brothers did not break down. They withstood, overcame all the difficulties and took the rightful place in the society. Agalar Dilbazi (1922-2001) graduated from the Gazakh Pedagogical College and then the chemistry faculty of the Azerbaijan Pedagogical Institute. For all his life he worked as a teacher at the Chayli secondary school and later at the boarding school in Gazakh. His daughter Samaya also got a higher education. Upon graduating from the Medical Institute she got a job at the Chayli village hospital.
After finishing the Gazakh secondary school with distinction in 1943 Asad Dilbazi came to Baku where he entered the history faculty of the Azerbaijan Pedagogical Institute. In the “family background” field of the application form he wrote “from peasants family” concealing that he was a son of the repressed bek. The “peasant fellow” was admitted to Komsomol and was even elected a secretary of the Komsomol Committee of the faculty.
In 1947 Asad graduated from the Institute. Later the young teacher from the peasant family became a member of the Communist Party of the Soviet Union which played an important role in his further career growth. Taking into ac- count Asad Dilbazi’s solid grounding, membership in the communist party and interest in science the management of the institute recommended him for a postgraduate study. This marked a new stage in his life which lasted for 56 years. He was an assistant and then a senior teacher at the chair of the History of the USSR. In 1959 he successfully defended his candidate’s (historical sciences) thesis. In 1960 Asad Dilbazi transferred to the Azerbaijan State University (present Baku State University) holding a position of a docent in the History of Azerbaijan. When in 1966 the Institute of National Economy named after Dadash Bunyatov was established on the base of the economic faculty of the Azerbaijan State University Asad Dilbazi together with other teachers transferred to this higher education institution where he got a position of a docent in the economic history of Azerbaijan. He delivered lectures on the history and economic history of Azerbaijan and foreign countries. In 1977 he defended his doctorate thesis in economic sciences. Becoming the first doctor of economic history of Azerbaijan he laid the foundation for this field of the national economic science.
Two years after the thesis defense he was elected professor of the chair of history. In 1975-1980 he worked as a dean of the faculty of economics and national economy planning. From 1980 to1984 he was a professorat the chair of political economics (teaching economic history at the same time). In 1984-1987 he held a position of a head of the chair of economic history. From 1988 he was a professor of this chair.
Asad Dilbazi is the author of a number of books and teaching guides in economics. Professor Asad Dilbazi fervored the restoration of Azerbaijan’s independence in 1991. It was him who raised the question of teaching the economic history of the country and prepared a special curriculum in this subject. As an academic economist he was very well aware of the philosophy of transfer to the new economic system. He put forward proposals and recommendations at the initial stages of the transfer to the market economy. He was often published in periodicals.
On the occasion of his 75th birthday professor Asad Dilbazi was awarded with the order “Shohrat” by the President’s decree.
Asad Dilbazi was married to Aziza Medjid gizi Dilbazi. (1935). Aziza khanum is a pediatrician. Their three children are Kamil, Aynur and Zamira.