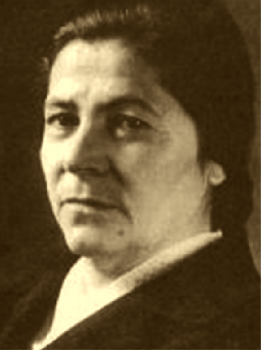 Honored Artist of the Azerbaijan SSR 1976
First woman national poetess of Azerbaijan 1979
One of the brightest representatives of national poetry of Azerbaijan Mirvarid Dilbazi was born in Khanlyglar village of Qazakh district of Azerbaijan. She finished the Baku women's seminary (1927) whose many talented graduates contributed much to the national poetry.
Upon finishing the seminary Mirvarid Dilbazi worked as an elementary school teacher in the settlement Balajar. Later she was transferred to the Zavokzalnaya Russian school where she taught at the Turkish department. In 1929 she entered the Azerbaijan Pedagogical Institute  whose teaching staff included such prominent scholars-philologists as professors Ali Nazmi, Ali Sultanly, Bekir Chobanzade. After graduating from the institute in 1932 Mirvarid Dilbazi went to work to Guba town by the assignment where she spent two years teaching at the party school. On returning to Baku in 1934-1938 she worked at the fund of manuscripts under the State Museum.
Her first poem “Freedom of women” was published in magazine “Ogon Oktabrya” in 1927 on the occasion of the international  women's holiday of  March 8.
Her first book was published in 1934. In 1935 Mirvarid Dilbazi was sent for a few months  to the literary courses in Maleevka (Moscow vicinity) which had a fruitful influence on her creative work. Her poem “Bolshevik Zeynab” translated into Russian by Arseniy Tarkovskiy was favorably accepted by the soviet authorities and the poetess became a correspondence-student of the Institute of Literature.
The first collection of her poems was called “Our voice” (1934). In 1937  there appeared her second book named “Early autumn”. Feeling that scientific research was not her vocation Mirvarid Dilbazi quit her work at the fund of manuscripts and  got a job as a translator at the publishing house “Azerneshr” where she worked from 1938 to 1940. During this period her third collection of poems “Bakhar's letter” came out.
During the World War II Mirvarid Dilbazi became an ardent anti-fascist. All her 7 books published at that period are of military patriotic subject: “Battle songs”, “Petroleum”, “Battle songs for children”, “Kamal”, “Love to motherland”, “Mother”, “Terek”, “Dugout”. These poems are an appeal to the courageous defenders of Motherland encourage them in the battle fields. Her works in the post war years  are dedicated to the struggle for peace which is reflected in her collections “Berlin is on fire” (1945), “What separates us?” (1947), “The wrath of humanity” (1947).
In 1949 Mirvarid Dilbazi was elected member of the Soviet  Peace Committee. Her collections of poems were published one after another. They are “My present” (1948),”Brothers” (1952), “Selected poems” (!957), “Algerian girl”, “The place of  memories” (1964), “The pictures of life” (1967), and “Selected works” in 2 volumes for children.  The subject matter of  her works is love for  Motherland, character building, honesty, sense of friendship and fellowship.
Mirvarid Dilbazi did not give up writing in the  Stalinist years though she was quite aware of what the social system of the country she lived in was like. She never forgot about her social origins and that's why was very cautious in her intentions. Comparing her works with the ones by her contemporary fellow writers one can not but  notice that she never went beyond the bounds of decency regarding the social system. In 1954 at the II Congress of the USSR writers the great Azerbaijani poet Samed Vurgun gave a high appraisal to Mirvari Dilbazi's lyricism in his report on the soviet poetry ranging her among such poetesses as Olga Berggolz and Zulfiya (Uzbekistan).  In the 70's-80's her collections of poems “When the violets freeze” “Mother's wing”, “Edelweiss”, “The lilac season”, “Selected poems” came out in three volumes. There can be noticed the all growing interest to epic poetry and broad plotted poems : “Aisha's mother”, ”Agarzaev”,”New pages from the diary of hard days” etc. Once poet Nabi Khazri wrote to her “Dear Mirvari khanum ! ( khanum is a recourse to woman in Azerbaijan ) I have reread your books more than once. How uplifting your feeling is, your poems are like lilac. Thinking of you I can not but recall Kotsubinsky who compared a brave poetess Lesya Ukrainka with a man-poet. And it is for a reason that you were called “ a true son of the people”. You can be proud of this title. Man's pride and woman's weakness are the two wings which raised you to the horizon of poetry, to the spring sky redolent of lilac and turned you, as a poet, into a militant citizen, brave and standing fast”.
The poetess's works have been translated into many languages of the world. She herself also did translations. She translated into Azerbaijani Euripides's tragedy “Hippolytus”, part from “Farkhad and Shirin” by the Uzbek classic poet Alisher Navoi, ghazels by Nizami Ganjavi, works by A.S. Pushkin, L.N.Tolstoy, A.Safronov, N.Tikhonov, Zulfiya, S.Mikhalkov, S.Marshak and other poets and writers.
During the soviet time she was twice awarded with the Order of Honor and order of the Red Banner of Labor.
In 1997 Mirvarid Dilbazi was awarded with the order “Istiglal” of the Azerbaijan Republic.
On May 14 of  2006 there was an opening of the commemorative tablet in front of the house where she lived.