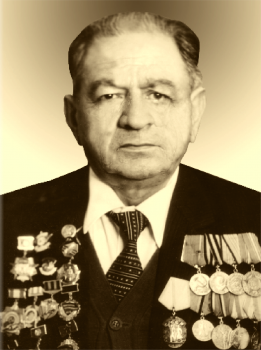 Museyib Osman aga oglu Dilbazi , veteran of the world War II and veteran of labor was one of the most re- spected people in the Gazakh district. As a chairman of the Veterans’ Council he was of- ten to be seen at all solemn events in a suit the lapels of which were heavily covered with medals and orders - awards for the heroic deeds at the front. The local poets often be rhymed this old soldier in their poems and military historians describe him as a brave officer. Besides, he had a profound knowledge of the history of his ancient noble family, knew the rich historic past of our land and its people. Till the end of his life he kept cheerful and active. He was an interesting interlocutor and an invaluable source of infor- mation for the journalists and historians. In spite of being advanced in ages till the end of his life he was always near us, a younger generation, at holiday feasts.
Museyib Dilbazi was born in Khanlyglar. As a child he saw with his own eyes the lo- cal people being publicly exe- cuted by the soviet punitive detachments, experienced the grievous loss of the repressed innocent relatives. It was not easy to be branded as “the son of the public enemy” because of his father Osman aga who was executed in 1938. After Stalin’s “chistka” Museyib Dilbazi had to move with his mother Melek and two brothers Baha- dur and Rashid to the city Ganja. The Bolsheviks left the family which had a lot of significant properties (today the building of central Fire department of Gazakh city, Central Policlinic of Gazakh, forests Qara yazi and others) with one sheep. In Ganja Museyib had to take care of his mother and younger brothers. Museib Dilbazi got his sec- ondary education at school ¹ 5 in Ganja. Later he finished the medical college with a degree of dental technician. When the World War II broke out he was working as the head of the medi- cal station of Shirvanly village of the Barda district. On June 26 Museib submitted an applica- tion for voluntary enlistment to the front. He displayed the prod- igies of valor and heroism in the battle fields. His first baptism of fire was in the battles in West Ukraine where the so- viet troops retreated fight- ing fiercely. In one of the battles Museib Dilbazi was wounded. After recovery in hospital he returned to his 151st division and partici- pated in the battles in the Caucasian direction. One of the war episodes with Museib Dilbazi’s involvement was described in details by captain Polishuk in his book “The order has been fulfilled”. Under a hail of bullets and missiles he managed to transport to the other bank of the Terek river 23 wounded soldiers. This episode is also mentioned in the article published in the Baku newspaper “Kommunist” of February 23, 1943. Museib Dilbazi’s brave act is also included in Gurban Orujov’s book “Azerbaijan in the battles for the Caucasus” (1984).
Museyib was two times seized by the German army and escaped though he was offered to participate in German scientific center.
After being heavily wounded he was transferred to a mil- itary hospital in Baku. Having lost right hand and with the wound marks on his face he was demobilized in April 1944. After the war “politically rehabilitated” Museib Dilbazi returned to native Gazakh, took back his house expropriated
in 1938, got a job in the Ministry of Health and settled down.
In the post war years and until the retirement he worked in the district health care sys- tem. For a long time he had been a chairman of the Gazakh World War II veterans’ district council. His three children are son Bahruz and daughters Tunzala and Dilshad. Tunzala works as a doctor-gynecologist in Baku, married has three chil- dren. Dilshad is a chairman of the Gazakh District Consumers Society, married and has three children. 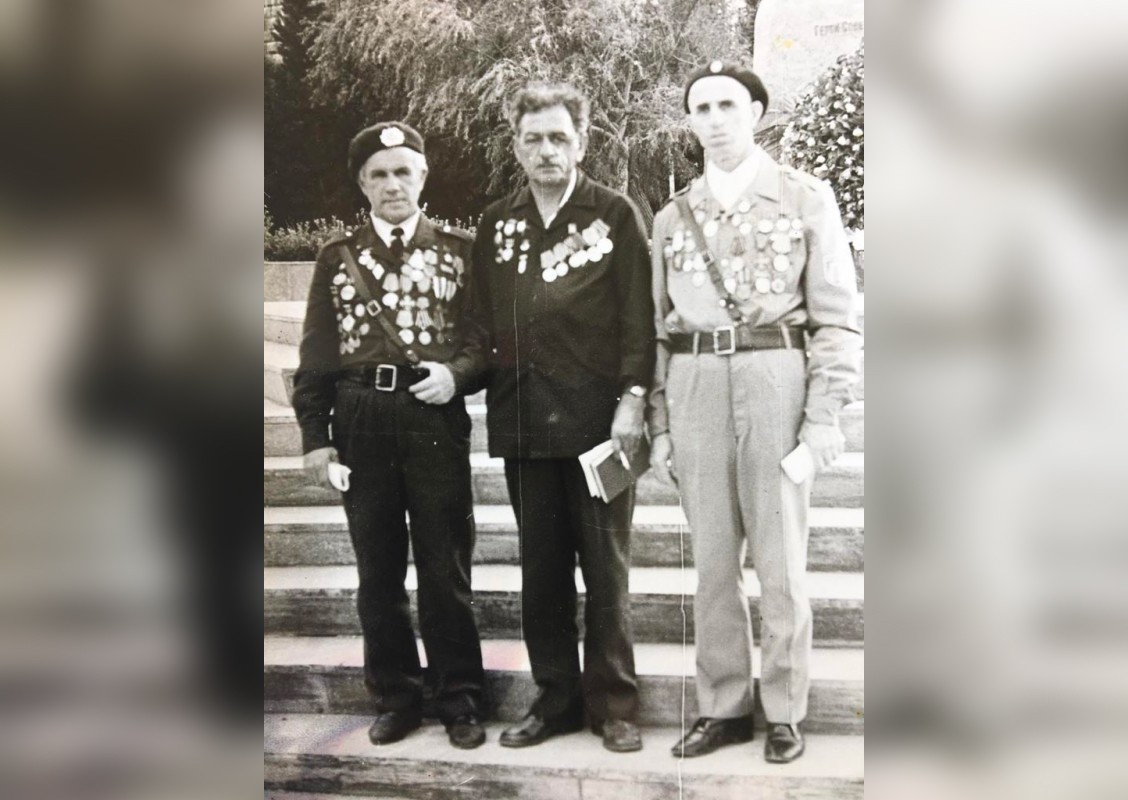 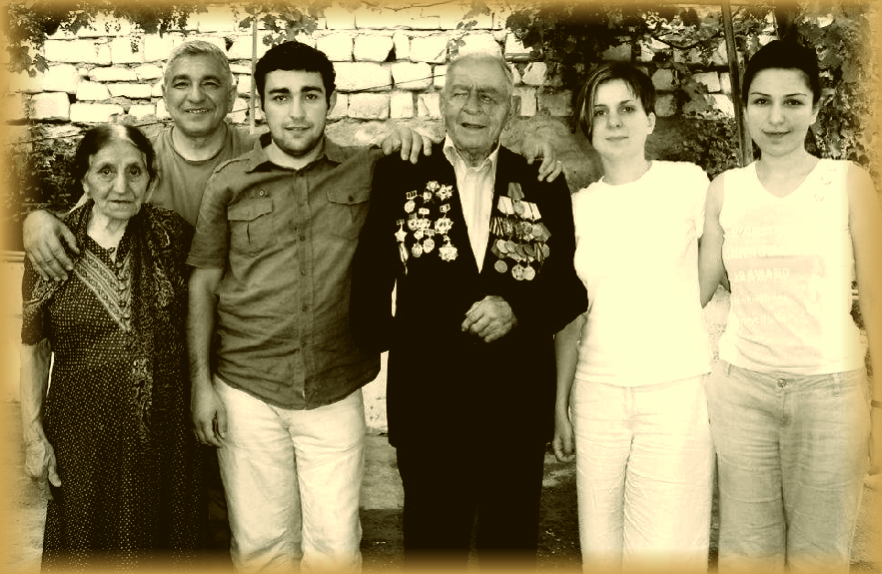 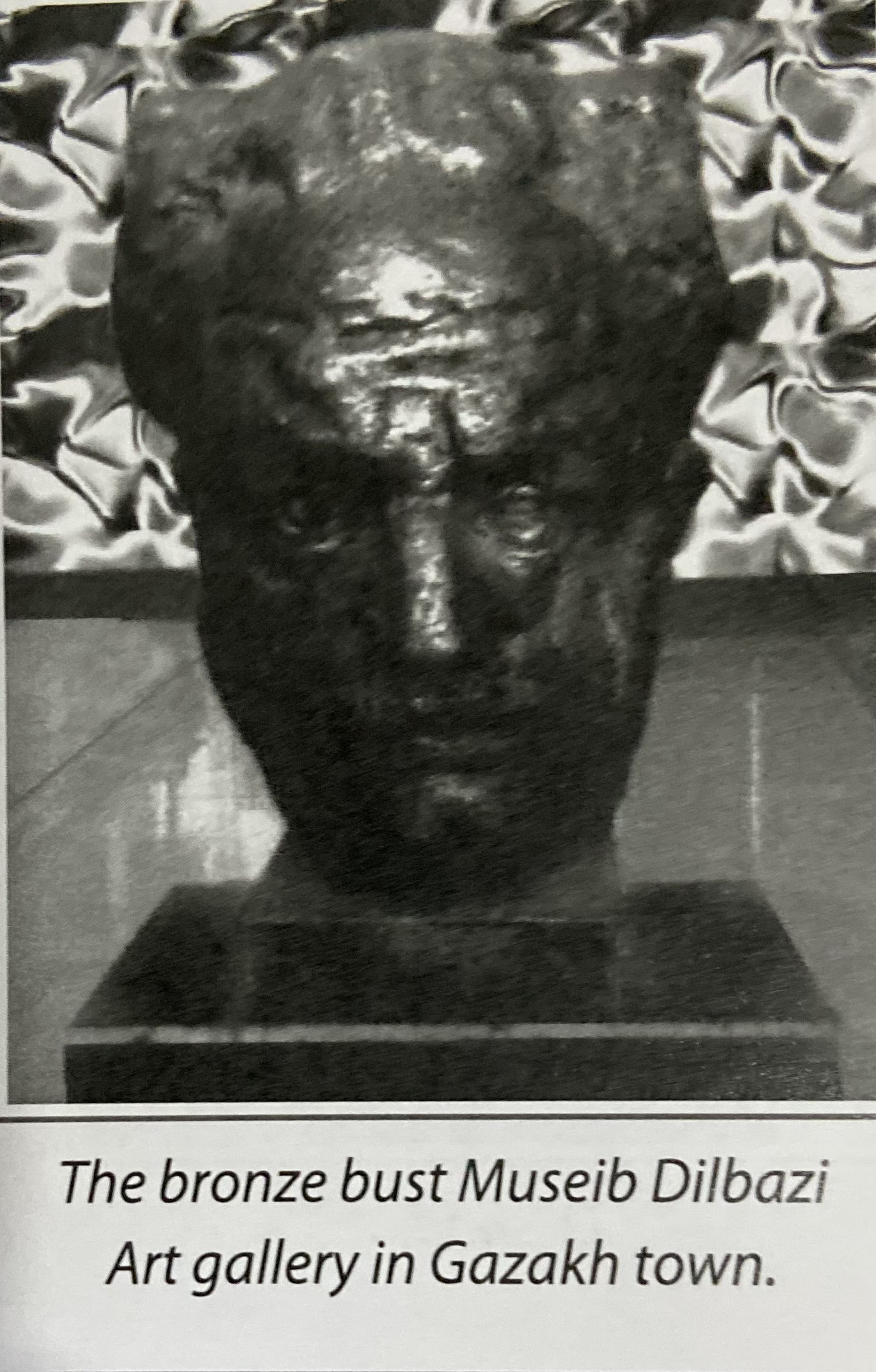